Incitement to War - The Zionist Template

When first I started to look into the connection of the Eight Families, the financial system of control and the back story that led to the events leading to the First World War, it became mightily apparent the hands of the Cuckoos, aka Zionists, were behind so many of the major moves orchestrated to incite total war.

As I look across time and see an attempt so blatant, so obviously committed to look like the perpetrators are those at the cusp of winning back their lands and invasion by terrorists, only to be foisted with actions made out to be their own hands' involvement - it reminds me of that time when the Lusitania was sunk by what was blamed as German submarine torpedoes in order to bring the Americans into the First World War. However Winston Churchill's hand in the matter both prior and after are remarkably poignant to a false flag operation being enacted - (See Dreams and Realities for other such Churchillian traits)

Here we had Germany all but having won the war with the Kaiser's cousins on their knees. All pleas for common sense, a return to peace ignored, the Rothschild cabal set about bringing their promise to the British to wait a while as they, the Zionist banker criminal cartel created a false flag of sinking the passenger ship to stir the Americans from their unwillingness to enter the fray and persuade them to to launch themselves into it.

Today we see a wholly infiltrated US government, through technology, corporate and media Cuckoo controlled elements manipulated into committing acts so egregious, so criminal against international law, it beggars belief.

The style of attack is so similar to the way the Israeli Defence Forces perpetrate their crimes on Palestine as to make one wonder if these tactics are mere mirror operations to those committed by their mentors/controllers from HQ in Israel and operational centres around the world.

In my day we had no such communication and technological know how and operations. My brief sorties within the operations of the British Secret Service could have benefited from such architecture. It is concerning today to see how GCHQ has surpassed the wildest dreams of the likes of Mansfield Cummings, initiator of the British Secret Service and operators such as that little shit contemporary of mine, Claude Dansey.

I find it most unfortunate, and forgive me if my English use of understatement seems out of place, yet the whores of Fleet Street, Times Square, those Washington presstitutes and television channels are used so overtly by the terror creators to inflict misinformation, lies, travesties of truth and plain propaganda into the minds of the weak, ill informed and senseless.

But then what has changed?

The very art of propaganda in its modern usage had Bernays becoming the go to man of operational success when it came to tipping public opinion. Yet in 2017 it is easier to turn the world's opinion on a lie than it is to spread a piece of toast with honey from the jar.

The actions of the two American destroyers flinging nearly 60 missiles into a sovereign state without so much as a please or thank you, let alone a legal UN mandate, defies the rules of international law above and beyond sanity. But then sanity was never the territory of the psychopathic elites running the 21st century, even though their forebears were as psychopathic with far less toys to damage the blue marble, our Earth and its pliant populations.

That we are thrown the bleating and vacuous repetitions from the lackeys of the power elite, those other sovereign nations totally under the thumb and control of the Cuckoos, is merely to be expected. The voice of sanity, the real population need to hear is drowned by media intent on one side only being heard.

I stand aghast, knowing personally how I also suffered under and became the butt of such noise, yet on a scale so much smaller, yet as damaging to the world in the pursuit for better.

My conclusions are that such actions as we are witness to this week in 2017 are as solid a mirror as the assassination of the Archduke way back in the day. That this trick reenacted might hopefully be seen as to the fraud it is can only be hoped for.

The moderation and pure art of retaliation from both the Russian, Syrian and Chinese, not forgetting the Iranians and brave Hezbollah, will be a glory to behold. With these players we have the comprehension and enactment of the long game, especially from the Chinese and Russians. We also have the use and mastery of using the enemy's own force against them.

The question to be asked is - "Are there enough people in our world to shout foul and give us peace?"

That the Israeli's might resort to their end game playing piece in this highly dangerous game of chess will yet to be seen.

What is that piece I hear you ask? 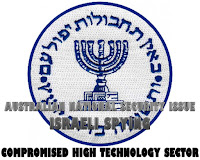 May I dutifully point you to not only the comprehension and understanding of Operation Talpiot but also for you to consider further what the Russians and Chinese have up their sleeve to counter such an end game button. We would be foolish to believe the Cuckoos, albeit having infiltrated so much of world governance, are in the ascendancy. Quite the opposite they are at a point when they have to call on their Armageddon strategies having been exposed and outed as the criminal class they always were and currently play with devilish gusto.


To Understand Globalist Zionist Power And How It Rules From Israel, You Must Understand These Words - "OPERATION TALPIOT" and "THE TECHNION"

Yes, dear readers we live in very interesting times. All I caution is show no fear, become an Outsider and know there is always the time when truth and justice prevails.

The Zionists will eventually be driven from all offices of power, directors of media control and the rat infested lairs they currently exist in. The Cuckoos will be driven forcibly from their usurped nests.


ABOUT:
Capt AH Trapman: aka Toto, has been a journalist for The London Telegraph, author of several well received books include The Dog, Man's Best Friend, The Greeks Triumphant and Straight Tips for Subs and co-founder/creator for the British Army, the Bicycle Battalions. As a researcher and investigative reporter he was responsible for uncovering hidden pathways to the Global Deep State following the global financial crash of 1929. 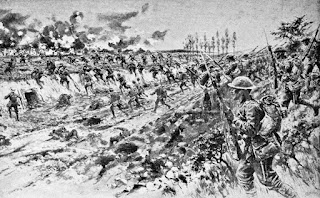